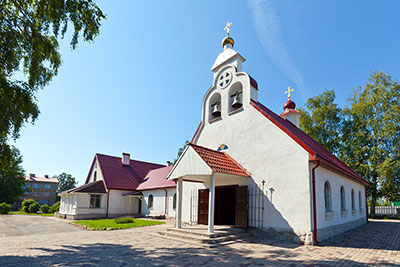 Church of Saint John of Kronstadt

The parish in Loksa appeared in 2002 as a part of Tallinn St. Nicholas Church. In 2005 according to the decision of the Synod of the Estonian Orthodox Church of the Moscow Patriarchate, the parish was registered as independent.

The church of Saint John of Kronstadt is located in a former kindergarten. It was rebuilt in 2002-2003. The parish has a social rehabilitation center which helps drug addicts.